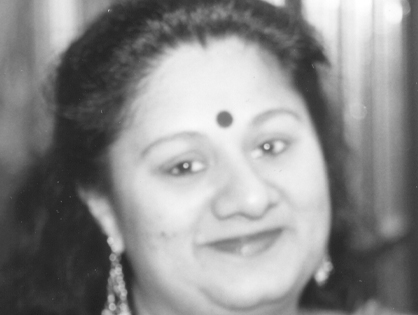 Justice Project, where she trains and provides technical assistance to professionals in

various criminal justice systems. She has also trained extensively at the local,

state, national and international levels on the issue of cultural competency for

various professionals and has delivered numerous keynotes on the issue of

Dr. Warrier serves on the Boards of The Asian Pacific Islander

Institute on Domestic Violence, and Assista. She is also a faculty on the National

Judicial Institute of the National Council of Juvenile and Family Court Judges.

Dr. Warrier has worked in many international settings including Iraq, Bangladesh where

she served as the Country Director for the American Bar Association – Rule of Law Initiative. Earlier she helped train lawyers to advocate for women’s rights and violence against women in Bangladesh for the same program. She also worked with the Egyptian government to help develop a national Egyptian strategy to address Violence against Women in Egypt. She also served as a facilitator for some of the sessions at the Asia Summit in New Delhi, India as well as for the Latin America Human Rights Institute, in Buenos Aires, hosted by Vital Voices in 2010. She served as a consultant for a domestic violence institute hosted by UNDP in Amman, Jordan. She has also worked with CEHAT and Masum in India on numerous projects on women’s health and violence against

women. Previously, she worked with the Alberta Council of Women’s Shelters on

developing standards for cultural diversity for all domestic and sexual violence programs and has delivered numerous keynotes and with Manavi, a pioneering South Asian women’s organization in New Jersey.

with survivors of sexual violence in Mumbai, India and spent three weeks in Russia exchanging ideas on providing services for domestic violence victims through an Advanced Practioner fellowship from the Eurasia Foundation. She further recently served, after being appointed by the Attorney General, to the Federal Department of Justice, Office on Violence against Women’s Advisory Board.

Fairness and Cultural Considerations in Domestic Violence Cases in Family

with Immigrants and Refugees; “Culture, Competency and Violence against

Women in the Health Care System in Intimate Partner Violence: A Health Based

Dr. Warrier received her Ph.D. from the Maxwell School of Syracuse University. She has written and published numerous articles on violence against women in the international

context. She has received numerous awards including: The Rev. Cheng Imm Tan